See us at the Coating Society of the Houston Area Trade Show 2022 Learn More 1527
Join Us for the PROTECT Webinar Series Beginning on June 28th at 11:00 AM CT! REGISTER TODAY 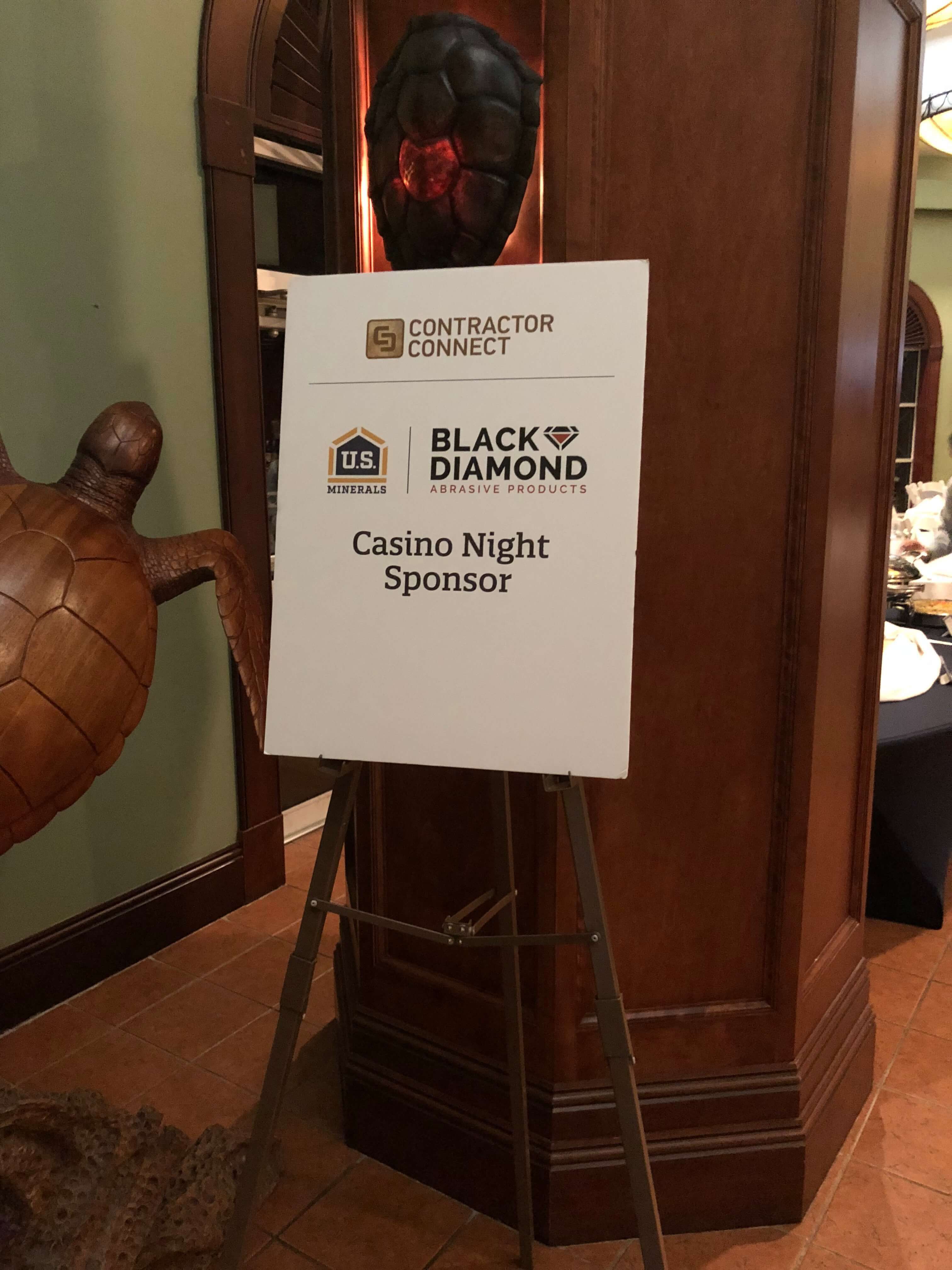 For the second year in a row, Black Diamond abrasives attended and was a sponsor for PaintSquare’s Contractor Connect, an industry event that connects suppliers with qualified buyers. Vice President, Jason Vukas, spoke on the panel Beryllium: Truths and Myths about the recently imposed Beryllium rule. “The audience response was positive and they actively participated in the Panel’s discussion,” Jason said. As part of our sponsorship, we also hosted a Casino Night for attendees which featured Black Diamond branded playing cards and poker chips.

Overall, the three-day event was a great way to connect with prospects, giving team members the chance to interact with 17 potential customers in one-on-meetings, social gatherings, and networking events. “We have a realistic opportunity to do some level of business with almost all of them in the coming year,” said Jason.

Previous
Back to Main
Next